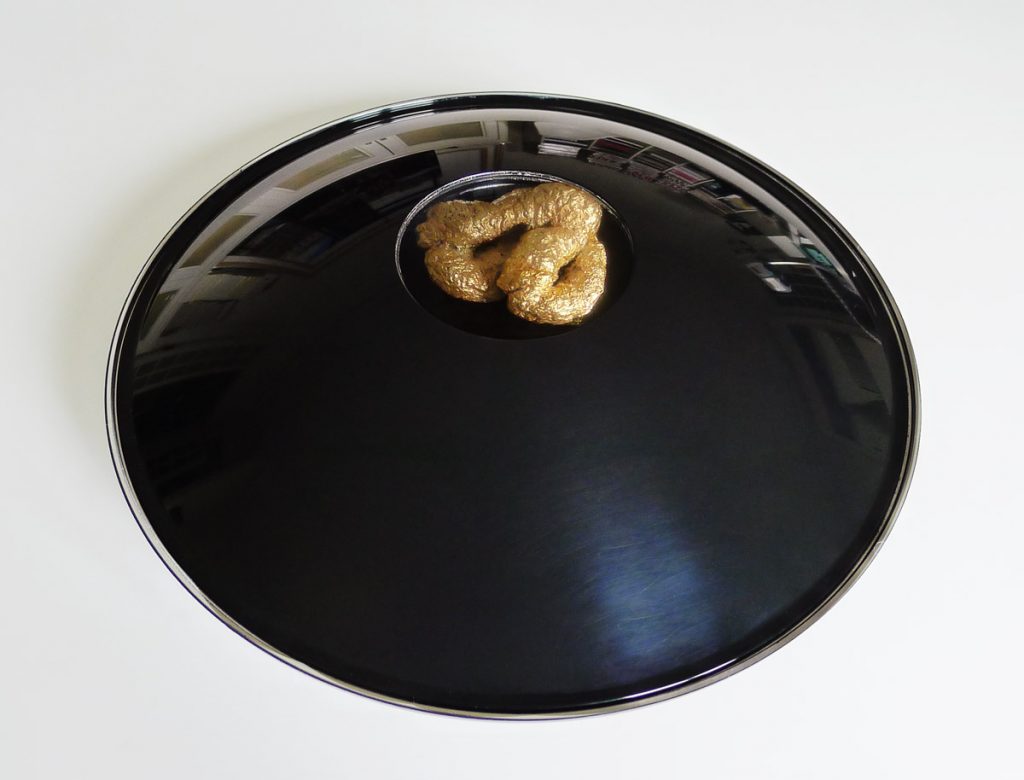 The Last Illusion, a sculptural edition made from one kilo of pure gold. This holographic, mixed media work features a cast of golden shit displayed within a custom holographic vitrine, which through its own visual alchemy renders the precious heavy metal into a hovering, ghostly apparition.

Following in the tradition of ‘épater le bourgeois,’ or abject works of art such as Maurizio Cattelan’s America (2016), an 18-karat gold toilet, and Piero Manzoni’s seminal work Artist’s Shit (1961), The Last Illusion continues this line of inquiry, questioning how the value of art is derived, and juxtaposing the symbolic with the tangible, the abstract with the real. 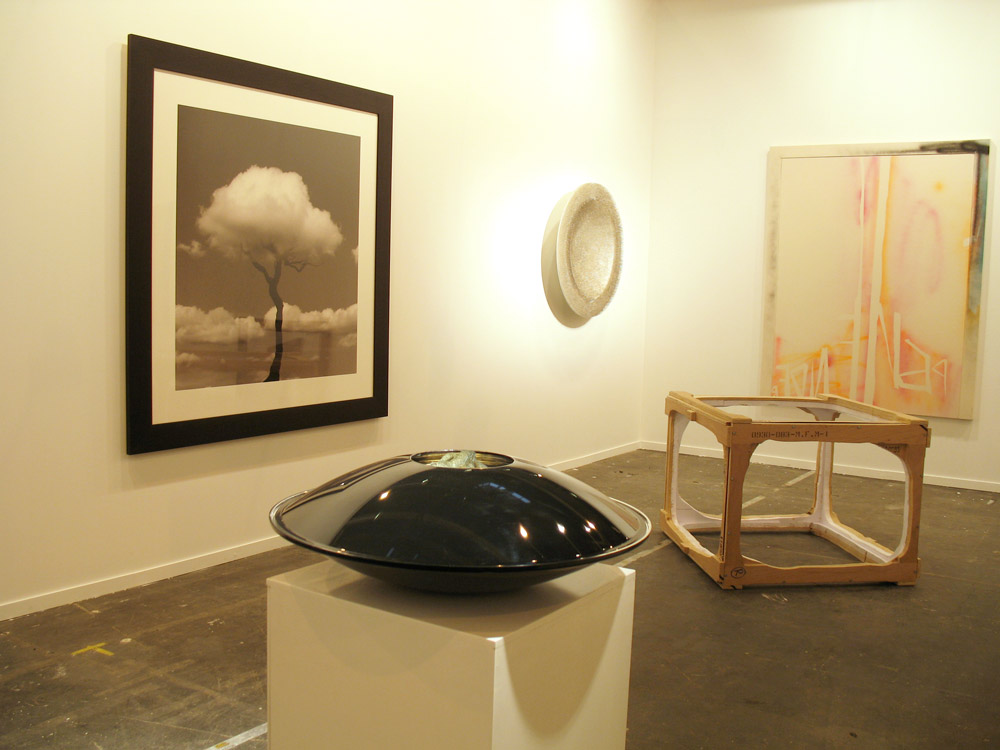 Like currency, the commercial value of art is based on collective intentionality.  By referencing ‘The Nixon shock,’ when the president of the United States unilaterally cancelled the international convertibility of the US dollar to gold, The Last Illusion highlights this break with social convention and our collective belief in the intrinsic value of money.

The Last Illusion lays bare the fundamental tension between the tangible and the disembodied.  By alluding to the abstract reality of currency and juxtaposing this with the very real value of Earth’s ecosystems, the artist leaves us to contemplate the nonpecuniary ecological processes that sustain natural abundance and life on earth as we know it.

This website uses cookies to improve your experience while you navigate through the website. Out of these, the cookies that are categorized as necessary are stored on your browser as they are essential for the working of basic functionalities of the website. We also use third-party cookies that help us analyze and understand how you use this website. These cookies will be stored in your browser only with your consent. You also have the option to opt-out of these cookies. But opting out of some of these cookies may affect your browsing experience.
Necessary Always Enabled
Necessary cookies are absolutely essential for the website to function properly. This category only includes cookies that ensures basic functionalities and security features of the website. These cookies do not store any personal information.
Non-necessary
Any cookies that may not be particularly necessary for the website to function and is used specifically to collect user personal data via analytics, ads, other embedded contents are termed as non-necessary cookies. It is mandatory to procure user consent prior to running these cookies on your website.
SAVE & ACCEPT